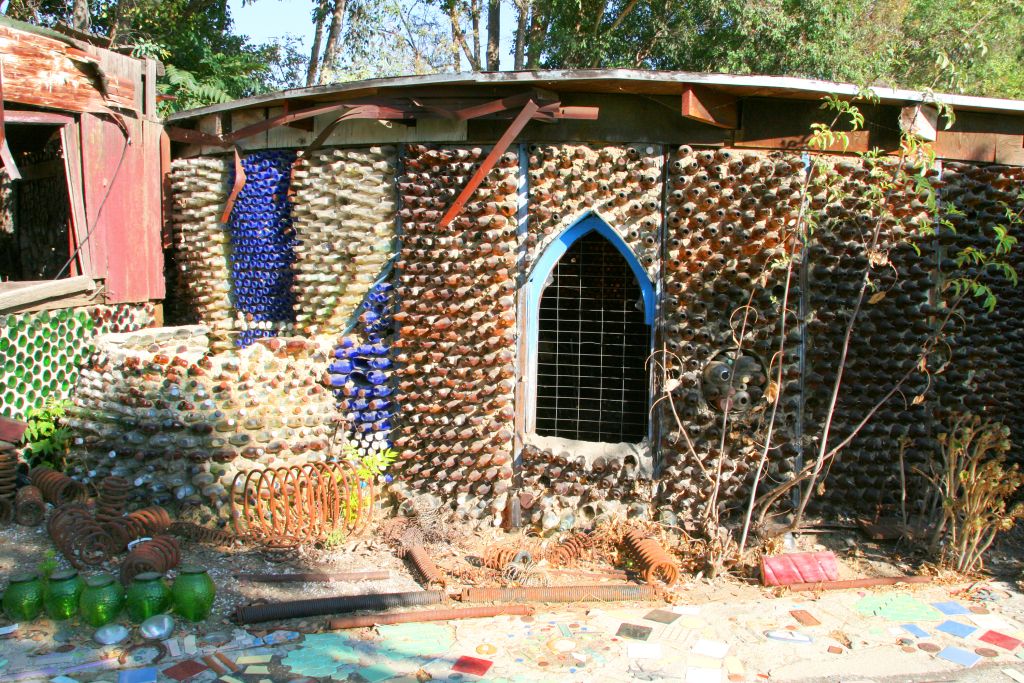 Tressa Prisbrey (1898–1988) was born in Minnesota and married at 15. She had seven children before her husband died. Prisbrey then moved to California with her second husband and lived in a trailer on a small plot of land in Simi Valley. At 60, she decided to build a wall to hide an adjacent turkey farm. She also wanted to build a small building to hold her collection of 17,000 pencils. Finding cement blocks expensive, she made daily visits to the dump to gather bottles and other salvageable items such as doll heads and headlights. Slowly, Grandma Prisbrey’s Bottle Village grew to include fifteen structures, numerous shrines, mosaic pathways, bird baths, and wishing wells.

Prisbrey sold the property after a spate of tragedies: the death of her second husband, a daughter, and three sons. She returned to the Bottle Village as caretaker only after the death of her fourth son. By then she was much loved by locals and had gained wider notoriety as a visionary artist. She stayed there until she was 90, providing personal tours for 25 cents.

The nonprofit Preserve Bottle Village Committee currently maintains the site, and is responsible for visits and ongoing preservation. They also have undertaken major restoration efforts following the 1994 Northridge earthquake. In 1996, the art environment was added to the National Register of Historic Places.